Hey, I’m Chelsea, one of the founders here at SoundViz. Like Tyler, I’ve maintained a long-term love affair with music and art. From making middle-school musical playlists for my friends, to designing color palettes for SoundViz, I’ve always been close to music.

Two separate events happened in the art and music scene this month that inspired me. Pantone is a company that’s been around for a long time. They specialize in identifying and matching color combinations, so naturally, when they announced their Spring 2016 colors I was very excited. The palette represents a beautiful array of 10 colors that appeal to men and women alike and exudes carefree, whimsical Spring days in the park.

The second was Ryan Adam’s full-album cover of Taylor Swift’s 1989 album. It kinda broke the Internet for a day. I’m a huge Ryan Adam’s fan and I’ll admit that I was a little skeptical considering he was the last musician I’d think of to cover T.Swift. A publicity stunt? Maybe. But he somehow managed to transform this high energy pop album into his own – raw and unique. This is an album I can’t help but appreciate.

As I listened to Ryan’s “Out Of The Woods” and read the Pantone announcement, I couldn’t help but be inspired to play around with the colors in SoundViz.

Here’s a collection of 10 Pantone inspired pieces I’ve come up with. 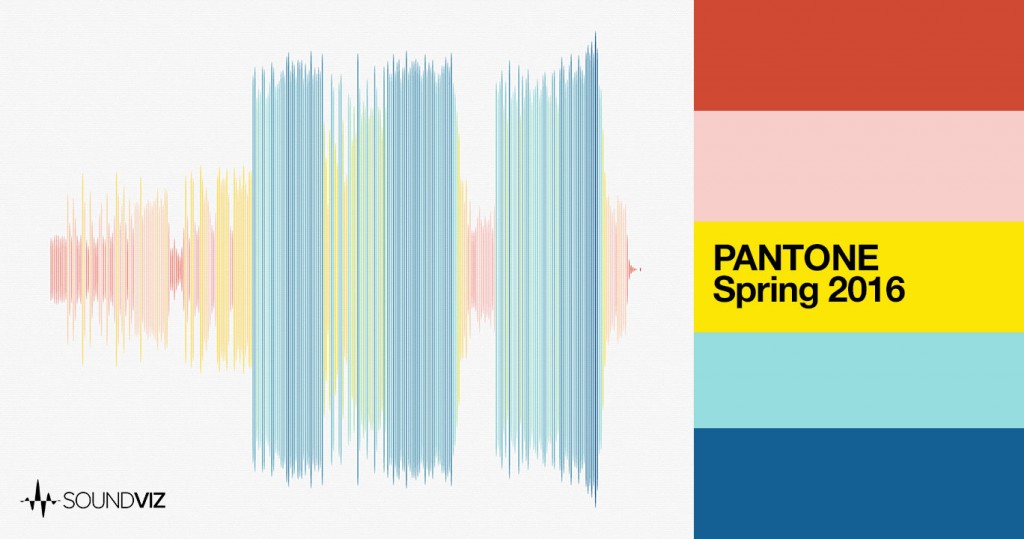 Load your favorite song in and create a sound wave that’s fashion forward for your wall!

Check it out on SoundViz!

How to create a Waveform Art